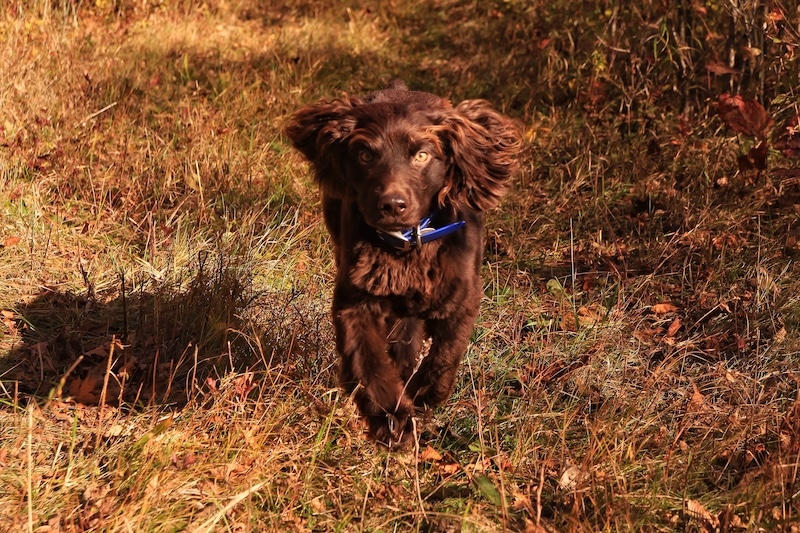 Boykin Spaniels originate from a town in South Carolina called Boykin, where they were bred to hunt game birds and retrieve waterfowl from local lakes.

Given his skill in the field, trainability, and friendly nature while at home, it wasn’t long before his popularity grew. To the point he’s now the official state dog of South Carolina.

Boykin Spaniels have a medium-length coat that sheds moderately year-round. However, you may notice an increase in shedding during spring and fall, especially if your Boykin has a double coat. Managing the shedding mostly comes down to brushing, which isn’t difficult since they have a fairly low maintenance coat.

In this article, we’ll take a closer look at how much they shed and what they’re like to groom, so you know what to expect.

Boykin Spaniel Shedding – What to Expect

Boykins are a moderate shedding breed.

What exactly does “moderate” shedding mean? It basically means you are going to notice some hair floating around, there’s no getting around it.

But the shedding typically won’t be as noticeable as a heavy shedding dog, like the Chesapeake Bay Retriever or (worse) the Saint Bernard for example.

All in all, Boykins shed a similar amount to spaniels like the English Springer Spaniel, Cocker Spaniel and American Water Spaniel. The latter of which he is similar to in both appearance and skillset. Which is likely because, according to the American Kennel Club, Boykins were (partly) developed from the AWS.

So if you’re looking for a “non-shedding” dog then he’s probably not the best choice in that respect. But, truth be told, there’s no such thing as a completely non-shedding dog anyway. All dogs with hair shed to some extent. It’s just that some shed more than others.

Related: Why Do Dogs Shed Hair?

And the same is true for the so-called “hypoallergenic” dogs. All dogs can cause allergies, but the ones that do so less than others are loosely classified as hypoallergenic, which is not a category the Boykin fits into. So if you’re looking for a hypoallergenic dog, he’s not it.

Related: What is a Hypoallergenic Dog?

Another thing worth mention is that, according to the official AKC breed standard, Boykins can come in either single-coated or double-coated varieties. Meaning, some have a single layer of hair, while others have both an outer coat and undercoat. And if you have a Boykin with a double coat, you will generally notice more shedding during seasons like spring and fall.

Seasonal shedding is normal though. The dog is simply preparing his coat for the change in season. For example, they tend to molt their winter coat in spring for a few weeks, since they don’t need this heading into summer.

Related: What Is Seasonal Shedding?

That said, sometimes excessive shedding can be caused by things such as allergies, hormonal imbalances or fleas (among others). So if you do have any concerns, contact your vet.

Either way, Boykins are an amazing breed, both at work and around the home. And most healthy Boykins will shed at least some hair but thankfully it’s not difficult to manage with proper brushing. So let’s look at what they’re like to groom.

In fact, many owners consider them to be a “wash and wear” type dog and this is one of their defining characteristics. They may look cute and cuddly, and they are, but they’re also rugged working dogs.

The coat of a Boykin Spaniel is brown, of medium length and can be flat, curly or wavy. And as mentioned earlier, they can be single or double-coated.

A Boykin with a single coat will typically shed less and be easier to groom, but there’s not a huge amount of difference versus the double-coated variety. They are both fairly easy to maintain.

For the most part, Boykins only need to be brushed once or twice a week to maintain their coat and keep it mat free. Along with the occasional bath with a good quality dog shampoo that doesn’t dry out his coat.

Some owners have him trimmed around the fringed areas of his head, ears and tail for example, to keep it in good order. But this is only needed occasionally.

What sort of brush is best?

It’s up to you or your groomer as to which brush is preferred. But generally speaking, a slicker brush and metal comb work well with dogs that have medium or long hair. Together, these work well to remove any matting or tangles he may have developed, as well as remove any loose hairs on his coat.

Recommended: Go here to see our top 10 recommended vacuums for dog hair of 2021

Can You Stop Boykins from Shedding?

You can’t stop any dog from shedding, nor should you try, since shedding is a natural thing almost all healthy dogs do to varying extents.

However, you can minimize the shedding and limit how much of their hair ends up falling onto your furniture, clothing and floors. And this mostly comes down to common sense items such as making sure he is eating a healthy, balanced diet and proper grooming.

There are also some great natural shedding supplements out there that contain things like Omega-3 and Omega-6 and these can help. But for the most part, it’s a matter of sticking with high quality dog foods and maintaining a regular routine of brushing.

You can learn more about reducing dog shedding here.

It’s hard for most dogs to compete with the Boykin Spaniel.

Not only is he an adorable family oriented companion, but he’s a beast in the field and as such, makes for a highly capable working companion.

And, while he does molt, it’s not very noticeable. Especially not if you make a habit of brushing him each week and making sure his diet is optimal.

That said, he’s not the best dog for allergy sufferers and there are dogs that shed less. So if you’re looking for a lower shedding, hypoallergenic spaniel you may like the Irish Water Spaniel. 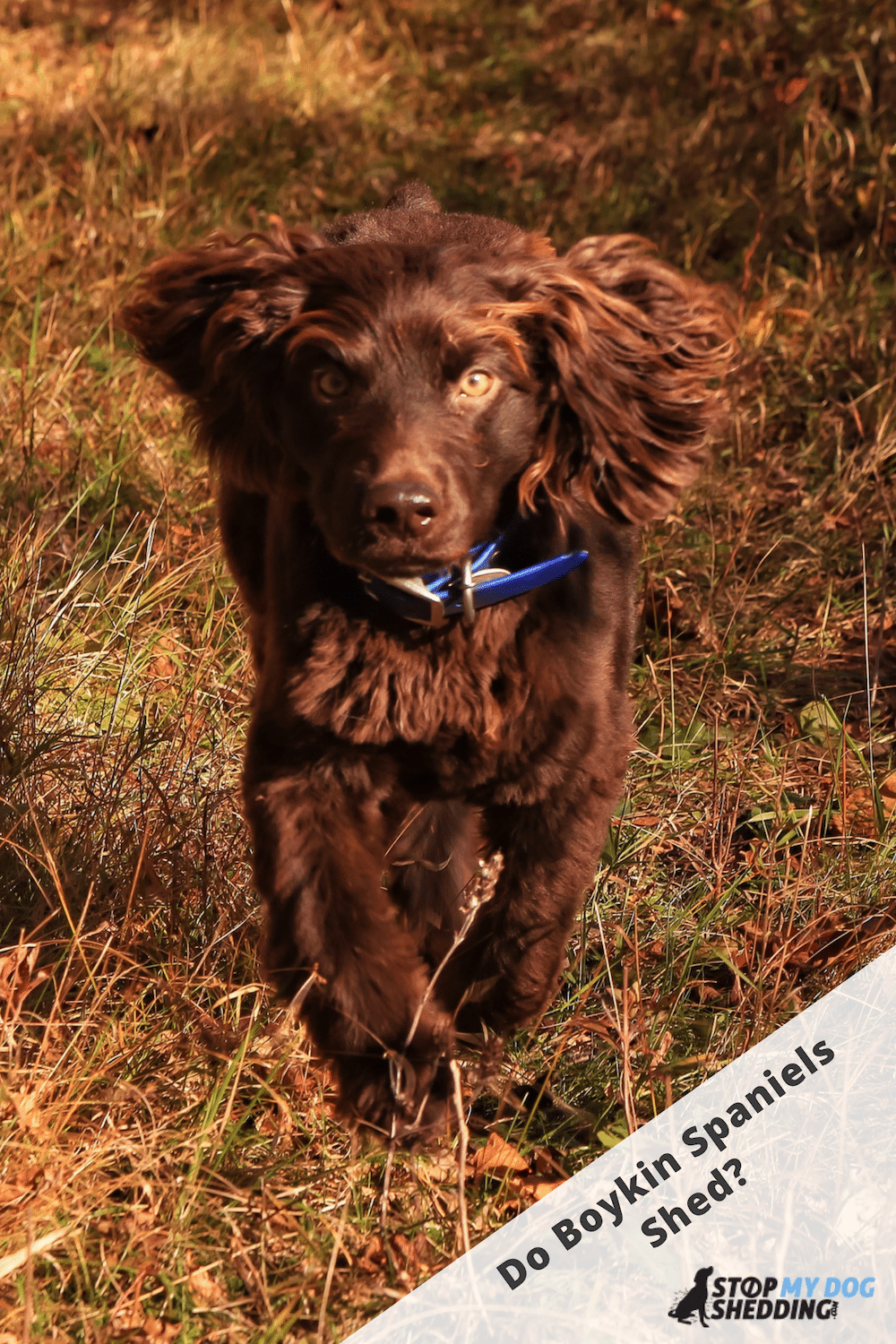 How to Stop Your Dog Shedding Excessively